As former editor I was responsible for the development of the MPG2DAY website and app. The website included among other things a CMS and a small shop. The APP2DAY fetches data from the website and is available for free to all Android users.

As it was an ongoing project, there was no "end" and new ideas were implemented and other functions were abandoned. The website based on PHP and MySQL.

One day I was like "Let's make an MPG2DAY-App. We should call it APP2DAY!". It was a joke. The development started a few days later using the Ionic Framework. With Ionic we planned to also publish our app for Windows and iOS. We dismissed the idea of publishing on those platforms, because we did not want to pay so much for the Apple Developer license and the cost vs. user balance under Windows would not have been worth our work. 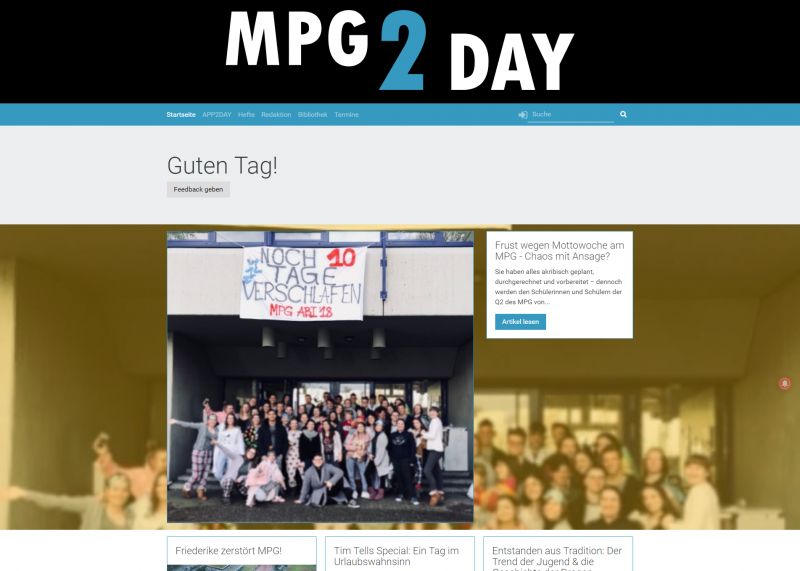